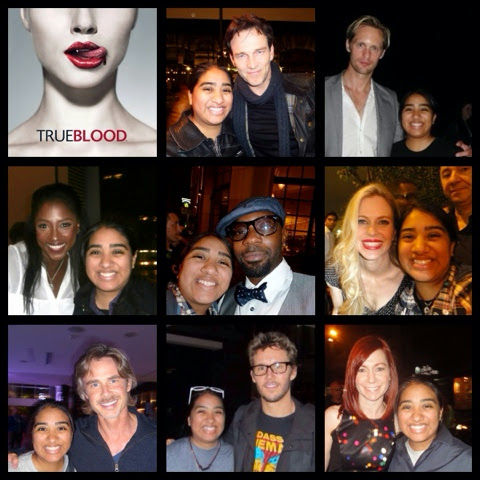 With the premiere episode of the final season of True Blood is upon us, I start to recall when I first picked up a copy of Charlaine Harris’ first novel in the Southern Vampire Mysteries series. I couldn’t put it down and quickly read through all the books out at that point. Around that same time, HBO was set to air a show based on the series.

I thought it was great, the cast was spot on (or as close as they could come). I tuned in week after week for the first few seasons and as more of the novels were released, I devoured them, as well.

Eventually, I started to be weary of the direction the show took but continued to watch, as I’d grown attached to the characters.

It’s a bittersweet time as the series comes to an end. I’ll miss my weekly fix of these frustratingly loveable group of people. But, I look forward to seeing what is next for this great group of actors!

So long, True Blood, it's been fantastic knowing you. <3