THE FIFTH BEATLE TO BE PUBLISHED IN THREE STUNNING EDITIONS!

“If anyone was the Fifth Beatle, it was Brian.”—Paul McCartney

MAY 31, MILWAUKIE, OR—Ever since its announcement last fall, there has been buzz about THE FIFTH BEATLE. Written by multiple Tony Award–winning producer Vivek J. Tiwary (Green Day’s American Idiot, The Addams Family, Mel Brooks’s The Producers), The Fifth Beatle, chronicling the life of the Beatles’ manager, Brian Epstein, will officially be releasedon November 19.

The Fifth Beatle, from M Press Books, a division of Dark Horse Comics, recounts the untold true story of Brian Epstein, the visionary manager who discovered and guidedthe Beatles to unprecedented international stardom—yet died painfully lonely at the young age of thirty-two. More than merely the story of “The Man Who Made the Beatles,”The Fifth Beatle is an uplifting, tragic, and ultimately inspirational human story about the desire to leave behind a legacy, amidst the struggle to overcome crushing personal obstacles and insurmountable odds.

“Telling the Brian Epstein story is a true labor of love. The Fifth Beatle really is my life’s work—as I’ve been researching Brian’s life for more than half my own,” saysTiwary. “So it’s with great excitement and anticipation that I can finally share this little-known story about one of the great architects of modern pop culture with the rest of the world.”

Vivek J. Tiwary is also set to write and produce a feature-film adaptation of his graphic novel. Tiwary has signed a deal with Sony/ATV (who control the Lennon/McCartney music catalog) which gives him unprecedented access to Beatles songs for the film.


The standard hardcover edition will be available for $19.99in an oversized library format. A collector’s-edition hardcover of this groundbreaking graphic novel will also be available, featuring a wraparound, textured cover and a section of bonus materials including Beatles and Brian Epstein memorabilia, artist sketches, and alternate covers,for $49.99.
The limited edition (1,500 copies) features a tip-in sheetsigned by creators Vivek J. Tiwary, Andrew C. Robinson, and Kyle Baker, along with a twenty-four-page bonus section including rare Beatles and Brian Epstein memorabilia and behind-the-scenes sketches, a unique, textured cover, and a special slipcase, for $99.99.
Tiwary will be signing limited prints of The Fifth Beatle at BookExpo America in New York City this Saturday, June 8th at the Dark Horse booth #1003 at 11 a.m.

Additionally both Tiwary and artist Andrew Robinson will be delivering a panel presentation at HeroesCon in Charlotte, NC on June 9th titled: Comics of the Fab Four: The Fifth Beatle and Beyond. The panel begins promptly at 11:30 a.m.
“The Beatles will be bigger than Elvis!”—Brian Epstein, 1961

Tiwary is represented by David Alpert and Lawrence Mattis at Circle of Confusion.

ABOUT VIVEK J. TIWARY
Vivek J. Tiwary is an award-winning producer, writer, and financier for film, television, theater, music, and graphic novels. He is the producer and writer of “The Fifth Beatle,” a feature film and graphic novel based on the life of Beatles’ manager Brian Epstein. “The Fifth Beatle” has secured unprecedented access to Beatles’ music and is in development to shoot in 2013. In television, Vivek sold a sitcom pilot “Punk Rock Dad” to CBS, based on the bestselling memoir/parenting manual by Pennywise lead singer Jim Lindberg, and he is developing a number of additional series including “Ascension,” a historical fiction / thriller juxtaposing the history of astronomy with mankind’s future in the stars. On Broadway, Vivek’s productions have won a combined 25 Tony Awards from 44 Tony nominations—every single one of his shows have been decorated. They include “The Addams Family,” Green Day’s “American Idiot” (the groundbreaking adaptation of the superstar rock band’s multi-platinum album), Mel Brooks’ “The Producers” (the most Tony Awards ever) and “Young Frankenstein”, “A Raisin In The Sun”(starring Sean Combs), and “A Little Night Music” (starring Catherine Zeta-Jones and Angela Lansbury). Off-Broadway, Vivek produced a theatrical collaboration between electropop/performance artists Fischerspooner and avant-garde theatre collective The Wooster Group (founded by Willem Dafoe, Spalding Gray, and others) that launched the 2008 Sao Paulo Art Bienal. Vivek also serves on the Board of Directors for Valiant Entertainment (www.valiantentertainment.com), a multi-platform company that boasts the third largest and most-loved universe of comic book characters and has been hailed by the New York Times as “Marvel 2.0”. Prior to founding Tiwary Entertainment Group (www.tiwaryent.com) and online music education/empowerment company StarPolish, Vivek held a number of major label music-industry positions, including launching and heading the Alternative Marketing Department at Mercury/PolyGram Records, and managing Video Promotion for Mercury/PolyGram, where he worked closely with MTV and VH1. Vivek has worked with artists covering the entire musical spectrum including Bruce Springsteen, Shania Twain, Bon Jovi, Pearl Jam, Kiss, LL Cool J, John Mellencamp, Allen Ginsberg, Oasis, Hanson, 311 and The Mighty Mighty BossTones to name but a few. Among many charitable pursuits, Vivek is the Co-Founder of Musicians On Call (www.musiciansoncall), a nonprofit organization that uses music and entertainment to complement the healing process. He is a Magna Cum Laude graduate of both the Wharton School of Business and the University of Pennsylvania’s College of Arts and Sciences. Vivek also holds a filmmaking certificate from The New York Film Academy and is an acting student of Susan Batson/Black Nexxus Acting Studio.

ABOUT DARK HORSE COMICS
Founded in 1986 by Mike Richardson, Dark Horse Comics has proven to be a solid example of how integrity and innovation can help broaden a unique storytelling medium and establish a small, homegrown company as an industry giant. The company is known for the progressive and creator-friendly atmosphere it provides for writers and artists. In addition to publishing comics from top talent such as Frank Miller, Mike Mignola, Neil Gaiman, Brian Wood, Gerard Way, Felicia Day, and Guillermo del Toro, and comics legends such as Will Eisner, Neal Adams, and Jim Steranko, Dark Horse has developed its own successful properties, including The Mask, Ghost, Timecop, and SpyBoy. Its successful line of comics and products based on popular properties includes Star Wars, Mass Effect, Buffy the Vampire Slayer, Aliens, Conan, Emily the Strange,Tim Burton’s Tragic Toys for Girls and Boys, Serenity, and Domo. Today Dark Horse Comics is the largest independent comic book publisher in the US and is recognized as one of the world’s leading publishers of both creator-owned content and licensed comics material. 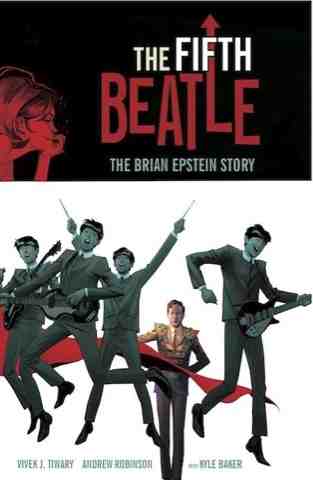