Entertainment Weekly has released the first photo of Ben Kingsley as Mazer Rackham in Gavin Hood's  upcoming film, Ender's Game based on the novel by Orson Scott Card! 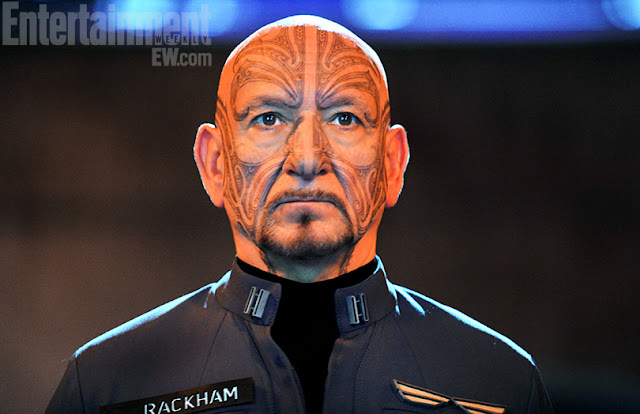 “In the script, which I think is beautifully written, what come across is the authority and mystery,” Kingsley said of Rackham, a man who saved earth once and may have to do it again. “There’s quite a lot said about him in the story  before you see him — by the recruits and by his fellow officers — and that’s useful as far as preparations.”

The Ender experience reunites Kingsley with Hugo co-star Asa Butterfield, a prodigy who could be earth’s last hope against space invaders if he can survive military school. Kingsley was in student mode himself with a Maori tribal expert, who explained the inked mosaic on Mazer’s face is a historical record. “Every gesture in the tattoo carries family history, family struggles – it’s your past,” the actor says. “I was so enthralled. He’s in quite a contained, stylized uniform but then this wonderful face tells his warrior history.”


What do you think of Mazer's look?  Is he how you pictured?