Marvel has released four new images from IRON MAN 3 including one behind the scenes image! 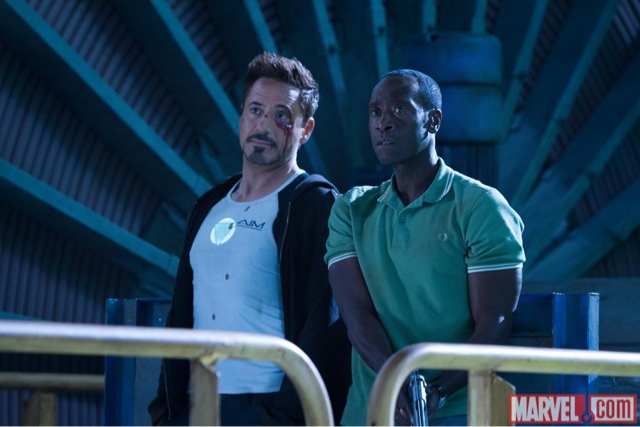 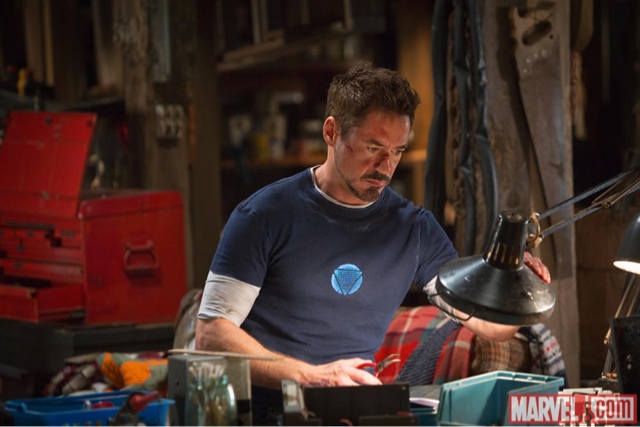 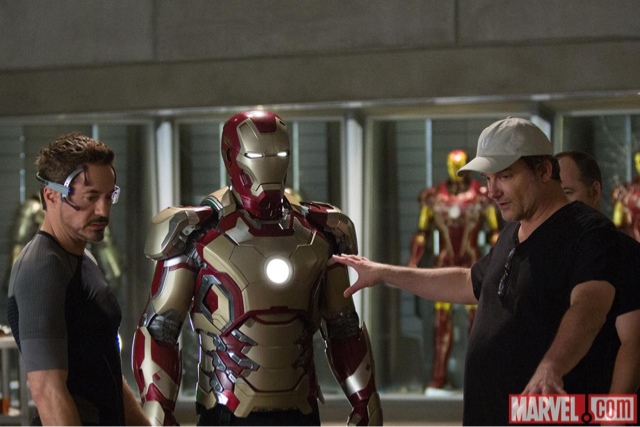 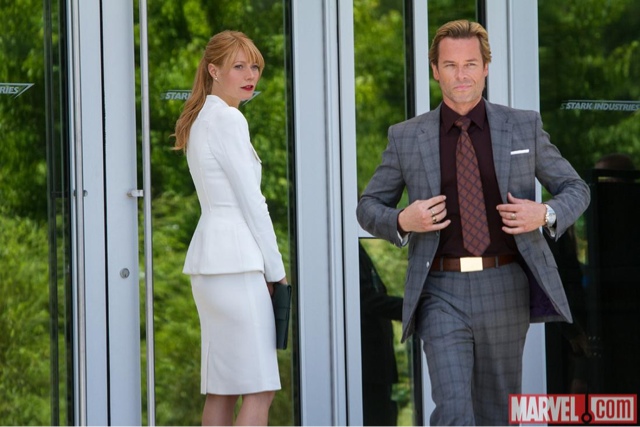 The images don't reveal any more details about the plot. We see a roughed up Tony Stark next to his best friend, Col. James Rhodes. In the other image, we are given another look at a beat up Stark working on something in what appear to be a garage or shed of some sort. The behind the scenes image features Robert Downey Jr. and Shane Blake with the new Iron Man suit. And in the final image, we see Gwyneth Paltrow's Pepper Potts watching Guy Pierce's Aldrich Killian leave. I'm assuming this is after he whispers something to her, a clip we were shown in one of the teasers/trailers.

What do you think of these images? Notice anything interesting?