Breakfast at Tiffany's on Broadway with 'Game of Thrones' Emilia Clarke

I was able to attend the first preview of Breakfast at Tiffany's this past Monday. Now, I'll save my judgement of the show for when I see it closer to Opening, but I will say the two leads give incredible performances! 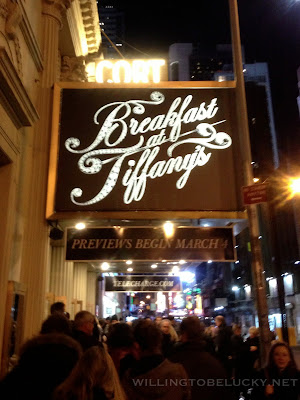 Emilia Clarke plays Holly Golightly. Cory Michael Smith is Fred, Holly's neighbor who acts as narrator of the play. The play is based on the novella, not the famous film starring Audrey Hepburn.

Note: I did not notice people taking pictures during the short nude scene. I was, however, only three rows from the stage so if there was a commotion in the balcony, I didn't hear or see it.

After the show, I waited outside the stage door to meet the cast.  I am, as noted in my previous posts, a HUGE Game of Thrones fan. I had met Ms. Clarke at San Diego Comic Con two years ago and was more excited to see her on stage than I was to actually see the show! Neither disappointed.

She and co-star, Cory Michael Smith stopped to sign playbills and photos for the large group of theatre-goers waiting in the chilly New York weather. They also stopped to posed for photos with fans and for the press. Both were incredibly kind to the fans chatting as they signed. George Wendt of Cheers fame didn't stop to sign.

I was able to get my Playbill signed and my new Game of Thrones season 3 poster. As Ms. Clarke signed it, she mentioned she hadn't seen it before! 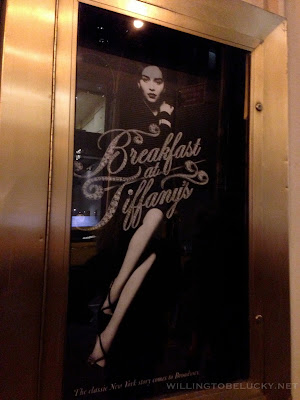 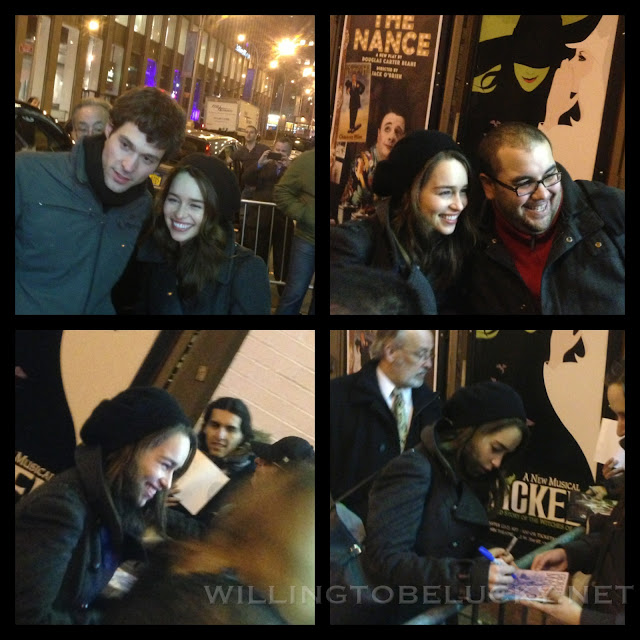 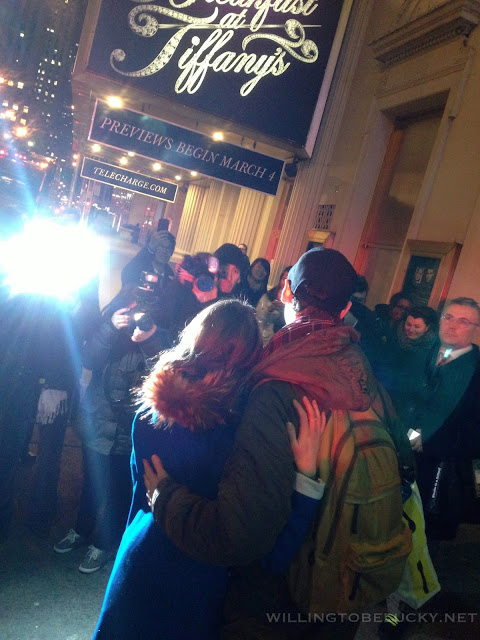 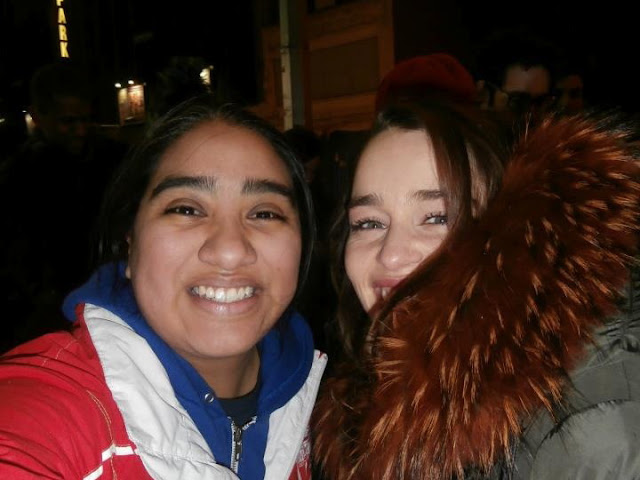 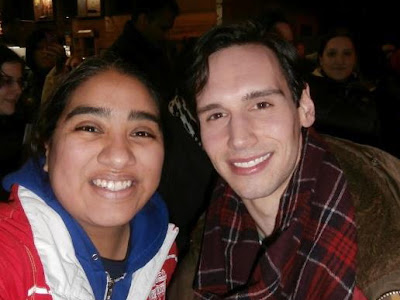 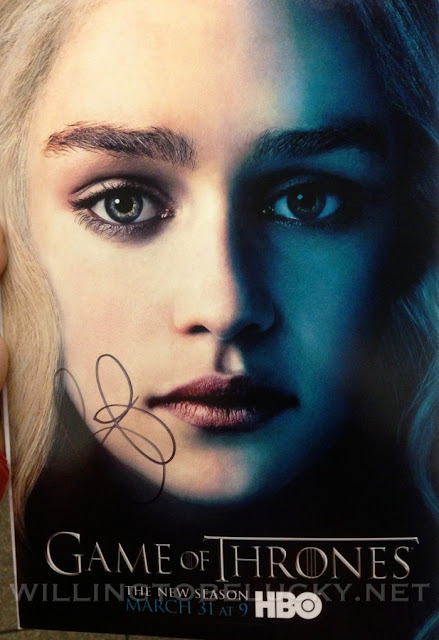 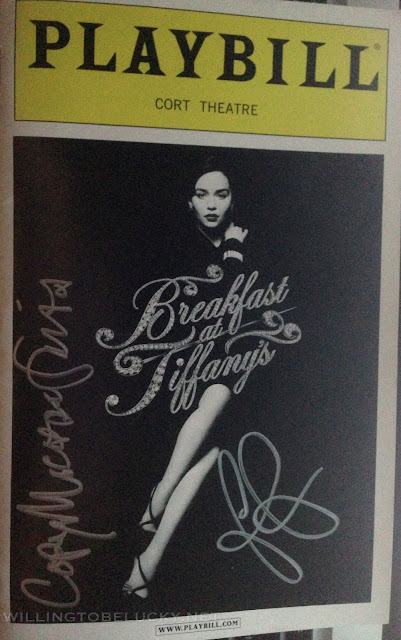 All around fantastic evening at the theatre!

Be sure to buy tickets for Breakfast at Tiffany's at the Cort Theatre.

Holly Golightly is the woman every man wants to be with and every woman wants to be. Now, the unforgettable heroine of TRUMAN CAPOTE's master novella, BREAKFAST AT TIFFANY'S, comes to the Broadway stage in a world-premiere play starring EMILIA CLARKE (HBO's "Game of Thrones"), CORY MICHAEL SMITH ("The Cockfight Play") and GEORGE WENDT (Norm in "Cheers"), with a script adapted by Tony Award® winner RICHARD GREENBERG (Take Me Out, Three Days of Rain).

Tony Award nominee SEAN MATHIAS (The Elephant Man, Indiscretions) directs this stylish and innovative new production of the classic tale about living by your own rules... loving on your own terms... and wearing your heart on your designer sleeve.