E! Online has confirmed that Rachel Weisz and Daniel Craig are in talks to star in Harold Pinter's Betrayal on Broadway. 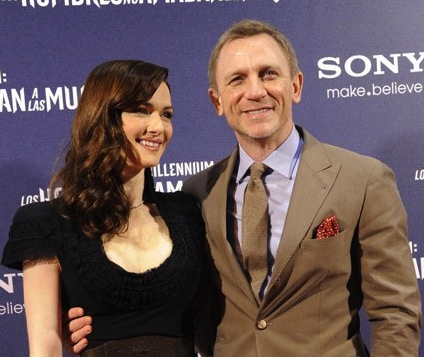 "We're absolutely hoping to," Weisz told me while promoting her upcoming fantasy action flick Oz the Great and Powerful, adding, "We're in negotiations. I want to very much."

The play follows an affair between the wife of a publisher and his best friend, a literary agent. The story is told in reverse with the play beginning five years after the affair has ended. It's a fascinating play and I encourage you to read it!

Now who should play Jerry (the best friend)??? My dreamcast would be a reunion with Craig's A Steady Rain partner, Hugh Jackman! Your pick?

My excitement is reaching a peak; I hope this really does happen.