I immediately tweeted my thoughts after I was the film so here's a collection of those tweets.

There may be some spoilers but I mostly kept them at the minimum. (Plus, I'm sure many have already seen the show or read the book or seen the other film(s)) 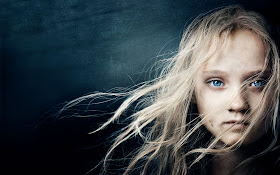 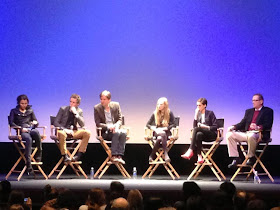 Anne Hathaway's "I Dreamed A Dream" was breathtaking; conveyed such emotion. There aren't enough words to describe her performance. #LesMis

Eddie Redmayne is amazing. I knew this before but now I'm thoroughly convinced he's the future of film. His performance was perfect. #LesMis

Amanda Seyfriend was so great as Cosette. Her voice was sweet and well matched with Redmayne's. #LesMis

Aaron Tveit shined in #LesMis! Of course, I wish we got more of him but what we saw was him at his best! That voice!!!

Young Cosette was too adorable. What a darling and an amazing singer! Can't wait to see more of her! #LesMis

Gavroche stole the show. So adorable. And heartbreaking. #LesMis

I have to go back to Mr. Jackman. He was...brilliant. His performance was the best I've seen from him since Erskineville Kings. #LesMis

The Thenardiers were hilarious. Predictable casting but it worked. Of course. :) #LesMis

Eddie Redmayne's voice. To die for, IMO. Sing to me please.#LesMis

One Day More. It makes me want to fight in a revolution. Fantastic. #LesMis

I need them to release the soundtrack ASAP. #LesMis

And in a surprise, mostly to me, #LesMis has surpassed #SKYFALL as my favourite film of the year.

Whole audience clapped/cheered after many numbers. Most noticeably- Valjean's first bit, I Dreamed, Do You hear, One Day More.

Come To Me. Oh man. What a brilliant scene between Hathaway's Fantine and Jackman's Valjean. Shattering. #LesMis

"Can You Hear The People Sing" is stuck in my head. #andidontmind

There was a Q&A after the screening and it was so insightful and a delight to attend. Tom Hooper, Anne Hathaway, Eddie Redmayne, Amanda Seyfried, and Samantha Barks answered questions from the moderator and the audience. I'll write more about that later.

After the Q&A, Dan and I headed to the stage door and were able to get pics and autographs from not only the cast attending the Q&A but Russell Crowe, as well! He was there to see the film for the first time!

Anne Hathaway even remembered me from Twelfth Night, a pleasant surprise. She was...beyond amazing in the film. I'm still in awe. 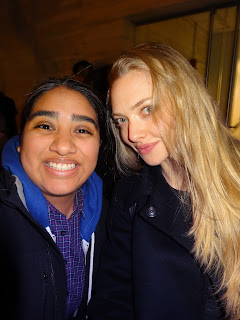 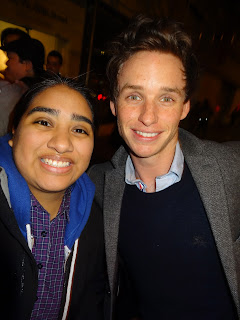 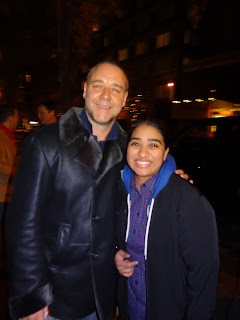 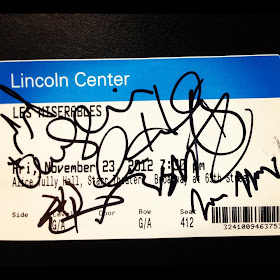 So honoured to have seen the film and I have to thank Dan (@dan_grote) again for taking me with him!

Basically, buy your tickets to see Les Mis! It's in theatres Dec. 25th in the US! January 11th in the UK!

Just make sure not to miss it! It's fantastic!