Every Friday, I've decided I'm going to Fangirl about one thing or another (not that this blog isn't just basically me doing that anyway...)! The obvious choice would be to fangirl more about SKYFALL. But because the next couple of weeks are going to be pretty much all SKYFALL, I'll take a small sidestep.

One of the movies I'm looking most forward to this award season is one that marries two of my loves, theatre and film. The film I'm talking about is, of course, Les Misérables. When they announced they'd be doing the film, I was hesitant to accept that they could do it, but as they begin to gather the all-star cast full of big screen actors and seasoned theatre actors, and an incredible director, my hope began to soar!

At New York Comic-Con, I bought a double sided Les Miz poster the day I knew we'd be hanging out trying to get Russell Crowe and Samantha Barks at their Indoor Garden Party gig at the Gramercy Theatre. We had success with both so I had 2/9 of the leads! Wednesday night I waited for Anne Hathaway and Eddie Redmayne at her Cabaret fundraiser for The Public Theater. No success with Anne but I managed to get Eddie who was incredibly kind. He thought it was really cool that I had the big poster.

It's crazy to me how many of the cast I actually have met in some form in another. Hope I can add to it and get everyone to sign my poster!


Me and Russell outside the Gramercy Theater 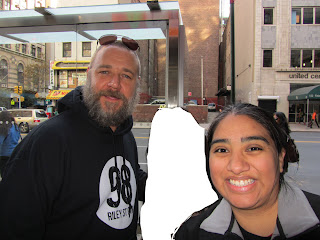 Me and Samantha Barks outside the Gramercy Theater 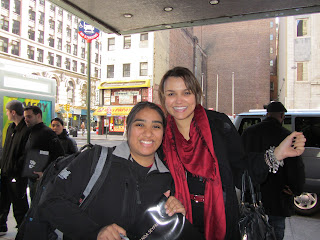 Me and Eddie Redmayne a few years back on the set of The Miraculous Year. 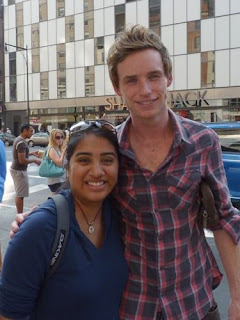 Me and Annie Hathaway after a performance of Twelfth Night 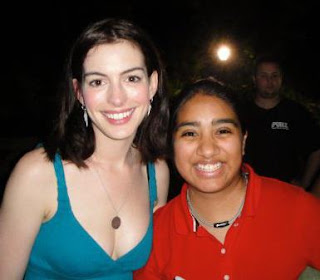 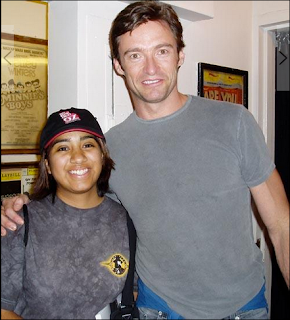 Me and Aaron Tveit after a performance of Catch Me If You Can (now on tour!) 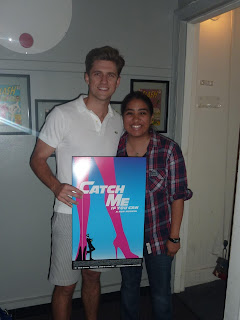